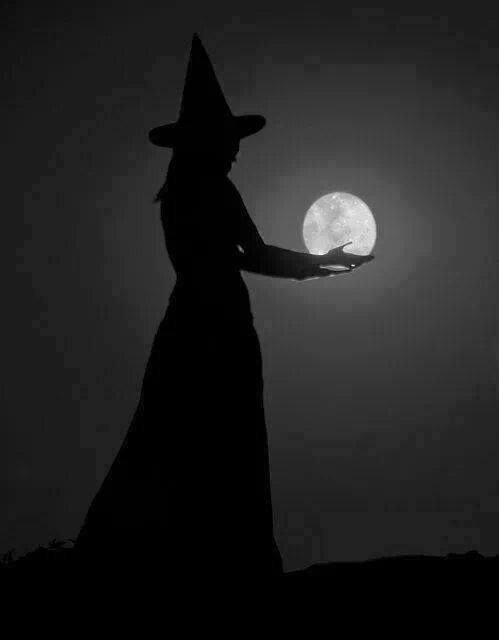 Affordable and Easy to Use Products

As above So Below

Kellie is a Fifth Generation Medium and Paranormal investigator specializing in the Paranormal and Spirit world going back many generations. Kellie is well know for her accuracy not only in her readings but her live shows. Kellie started the first Psychic Tours in Brisbane having visited many sites over the years teaching people how to become an investigator themselves either professionally or just in there own home. Kellie's has done many shows in Brisbane, Ipswich, Gold Coast and Sunshine Coast with success in teaching those the old and new skills of the paranormal and the psychic industry. Kellie connects with the spirit world to pass on messages of those who need closure. Over the years Kellie has read many celebrities and also been involved on many unsolved cases and missing person cases with great success and confidentiality. Kellie is a medium who tells you what you need to know and not what you want to hear. Kellie is a keep it real medium giving those around her much needed closure and clarity. Kellie not only does work with the spirit world, hauntings and investigations but also reads with teacups, photo's, email, parties and one on one readings. Kellie makes a majority of her products and has decided to let you into her world. Kellie now has an online store for you to be able to get supplies in a very affordable and simple way. To book a  reading or to simply make a purchase, you can either order online or email any special requests  and we will do our best to help you in any way we can.

Psychic Development Seminar. Start your pathway to becoming a medium or learning the skills of mediumship. Connecting with your own intuition. No books no google just you. Learn how to pick up on the spirit world. Do you want to become a Paranormal Investigator? A medium?. Learn the skills with Kellie. On the day Kellie will be doing one on one readings to show you her skill as well as work with you to develop your own. Tea coffee and nibbles provided.

I had a reading from Kellie and I was blown away by her accuracy. There is no way she could possible known the things she told me. I love her life story and love her products. I will be back again. I have finally found a really accurate medium. Thanks Kellie !!

I have recently been to Kellie and have been absolutely floored. Wow there is no way she would know my background or even my past. She brought out my family names people who have tragically past, events coming up and also my future down the track. I have found the most accurate medium yet . I will be back for sure.

I have have been to see Kellie and she just blew me away. The minute I sat down she started just telling me all of this stuff. Brought out my Sister who passed, my mum her name her tragedy. She advised and predicted my children to a tee. What a gift wow!! A true medium. She even described my back tattoo that I had done the day before there is no way she would know that. Crazy Spooky! I will be back for sure.

My wife dragged me to a reading to get closure. Well I got it that's for sure just turned a skeptic into a believer. Thanks Kellie you are a truly gifted Lady.

This lady is amazing!!!! Wow, why have I wasted my time on rubbish readings that just want your money and tell you anything just a rip you off. Affordable and honest. Thanks Kellie your gifts are incredible.

I went to one of Kellie's live shows and cannot believe the talent. Kellie only used photos all night and loved how we all received a reading. The show was fun entertaining and so informative. Can't wait until the next show. Thanks Kellie

OMG! So amazing. Kellie does not ask your name, date of birth or anything about you. I so loved that and wasn't disappointed in any way. She helped me with my direction and also guide my daughter in career and also her direction with her future. Thanks Kellie your should be a counsellor and your gifts are truly amazing xx

I had the pleasure of going to one of Kellie's live shows and was blown away at how accurate her photo readings were. I was such a skeptic and there is no way she would of known the names and specifics about my life as i have never met her before. She's the real deal. Can't wait for the next event

I was such a skeptic but definately not anymore. I cannot believe the names she brought through even nick names and personal things not even my family know. Conversations, People, Places wow! She must be the most talented medium I have ever been to. Can't wait to see her live shows. Highly recommend. Best ever !!

Late arrivals will result in shorter readings due to heavy schedules. Please do not ring just book and turn up once confirmed. Leave your Mobile details for texting only. Confirmation Texts will be sent before booking is confirmed. No text no booking. Due to high demand in bookings you are not guaranteed your date and time. Once you have received a follow up email or text then it will be confirmed.

Due to high demand in bookings you are not guaranteed your date and time. Once you have received a follow up email or text then it will be confirmed.

Queensland Heritage Register - Ipswich First Website : Architect George Brockwell Gill designed the flour mill in 1900 and Worley & Whitehead started building it in 1901. It is part of the historic shopping precinct known as “Top of Town” and makes an important contribution to the streetscape. The flour mill is associated with politician Francis Kates and his son Francis Henry Kates, and with the development of the family’s milling enterprises. In May 1910, Cribb and Foote bought the property for less than the mill’s construction cost, using it to accommodate several departments while their new building was being erected. It seems to have then continued in use as the firm’s Stove Department. An awning with decorative timber brackets was erected over the footpath in front of the single story section and a lift was built. In 1926, the property was bought by the Johnson family and used as a car showroom. In September 1935, radio station 4IP was established in the top floor, entry being via an external staircase on the western side. An awning was erected across the front of the building, incorporating the earlier Cribb and Foote section of awning; the date is not certain but was probably in the late 1920s as work appears to be in progress in a 1927 photograph. Later uses of the mill included housing Paddy’s Market and storing furniture. In the mid-1980s, the upper floor was used for a martial arts school and the lower floors became a bridal shop and fabric shop. Taken from the Ipswich First Website and The Heritage Register: In 1985, the property was purchased by Beverley de Witt and it was converted into a restaurant, function room and shopping arcade in 1993. An additional two-story wing was built at the rear of the mill section to house the function room.

END_OF_DOCUMENT_TOKEN_TO_BE_REPLACED

https://hauntsofbrisbane.blogspot.com/2012/02/rosewood-hotel-tale-of-3-supposed.html Rosewood Hotel One of three pubs in the main St, hence the name "The Middle Pub The original Rosewood Hotel which was one of four hotels in Rosewood in the early days, burnt down on the 7th January 1914. When the present Rosewood Hotel was rebuilt a Ghost took residence, dubbed the Water Ghost due to the fact Clothes hanging up are found mystery Wet and sheets of water have been seen falling from the balcony with no one in site. The present owner is local Ipswich Councillor David Pahlke and the today houses accommodation rooms on the second level. "The earlier Rosewood Hotel and eight other buildings were destroyed in a huge fire in January 1914. The hotel was rebuilt shortly afterwards. It is a very handsome two-story building, with an interesting double verandah. There is an awning across the footpath, the entrance is approached across a small open verandah which is recessed from the footpath and surrounded by a decorative timber valance." courtesy - library.ipswich.qld.gov.au/pubs/pubctryt.htm

END_OF_DOCUMENT_TOKEN_TO_BE_REPLACED

One of Brisbane’s most iconic gastro pubs, The Plough Inn was established in 1864 and has functioned under the same name since. The South Brisbane and more importantly, Stanley Street area was booming in the 1880’s with the proximity to the South Brisbane Wharves ensuring the ongoing popularity. Even to this day, the location of the Plough and proximity to public transport, entertainment precincts and the vibrant Parklands make for one of the more convenient beers you can have in Brisbane. Publican Daniel Costigan added to the building in 1885 resulting in a total of 14 guest rooms, multiple dining areas, a detached single-storey kitchen and an underground cellar. Multiple other renovations have been done since then, with the most notable additions being the renovations in 1987 before World Expo in ‘88 which put South Bank on the world map and the more recent additions to the deck overlooking the wonderful Parklands. The building was placed on the world heritage listing in October 1992 after it was agreed upon that the front of the building is a rare surviving memory of the city’s main commercial thoroughfare from the 19th century. Nowadays, there’s no guest accommodation, instead the Plough has been transformed into one of Brisbane’s best modern-day pubs. Whether it’s a meal and/or a drink up on our fantastic new deck space overlooking the picturesque parklands, a function in one of our many fully customisable function spaces (including the well-known Arbour Bar), utilising one of our 4 fully functional bars with over 50 beer taps or just settling in to Brisbane’s best beer garden to catch the live sport on the big screen or our live music which plays 7 days a week – there’s something at the Plough for everyone. This information is taken form the plough Inn page itself.

END_OF_DOCUMENT_TOKEN_TO_BE_REPLACED

There has been a Royal Mail Hotel at Goodna since the 1860s. This quiet terrace beside the river was once part of the main road from Ipswich to Brisbane. The avenue of trees was planted during the Great Depression of the 1930s. Each October, the gold silky oaks and purple jacarandas come into bloom at the same time - a sight that is well worth a detour from the main road to have a drink or dinner at the Royal Mail Hotel. The ONLY venue in Australia to be officially awarded the 'International Keeping the Blues Alive Award' from The Blues Foundation in Memphis TN USA!

END_OF_DOCUMENT_TOKEN_TO_BE_REPLACED

Although there is no single definition of superstition, it generally means a belief in supernatural forces—such as fate—the desire to influence unpredictable factors and a need to resolve uncertainty. In this way then, individual beliefs and experiences drive superstitions, which explains why they are generally irrational and often defy current scientific wisdom.

END_OF_DOCUMENT_TOKEN_TO_BE_REPLACED

Dream Discussions. Please feel free to send us your dream. Blessed Be

END_OF_DOCUMENT_TOKEN_TO_BE_REPLACED

Please feel free to share you Haunting or Paranormal experiences with us. Blessed Be

END_OF_DOCUMENT_TOKEN_TO_BE_REPLACED

Historical Wolston House Grindle Road Wacol. Please feel free to send us any known Historical Places or sites you have visited or experienced. Blessed Be